It might seem anachronistic to call on the work of an eighteenth century philosopher to elucidate some of the issues at play in the debates swirling around the digital humanities, but Giambattista Vico has been on my mind lately as we prepare for a conference on his work today and tomorrow at the Beinecke Rare Book and Manuscript Library. 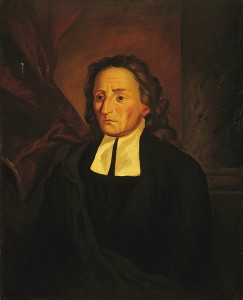 Vico (1668-1744) was an Italian philosopher, rhetorician and jurist. He worked in relative obscurity during his lifetime teaching rhetoric at the University of Naples. His succinct De nostri temporis studiorum ratione (1709) provides a useful lens through which we might consider the digital humanities.  The work, known in the English translation as On the Study Methods of Our Time, was Vico’s first foray into philosophy, and was the seventh in a series of inaugural lectures given at the University of Naples in his position as professor of rhetoric.

In his lecture, Vico took aim at the inadequacy of the critical and pedagogical methods of his contemporaries while weighing the comparative merits of classical and modern culture. In order to discern just how current “study methods” might be superior or inferior to the Ancients, Vico sets up a distinction between the new arts, sciences and inventions – the constituent material of learning – and and the new instruments and aids to knowledge – the ways and means of learning.

Vico’s critique of the Moderns took issue with the logicians of Port-Royal, and their Cartesian method of compartmentalizing knowledge. For Vico, this reductive method of study precludes the human, and is inferior to that of the Ancients: “We devote all of our efforts to the investigation of physical phenomena, because their nature seems unambiguous; but we fail to inquire into human nature which, because of the freedom of man’s will, is difficult to determine.” The result, Vico warns, is that students “because of their training, which is focused on these studies, are unable to engage in the life of the community, to conduct themselves with sufficient wisdom and prudence.” By reducing what there is to know, he argues, we limit our ability to engage with the world on a broader scale. Diminished by our learning, we will be incapable of dealing practically with issues of change or transformation, which require the ability to recognize and follow the most suitable or sensible course of action.

For Vico, the methods of logicians such as Antoine Arnaud and Pierre Nicole and their followers established the constituent material of learning through a process of narrowing the domain of knowledge. Much in the same way that Francis Bacon took issue with the syllogisms of the scholastics to argue that knowledge of the world should be grounded in carefully verified facts, Vico doesn’t limit himself to providing a new method to achieve old-fashioned knowledge. He redefines what it means to know.  And, since the instruments (including logic) used by his contemporaries, those ways and means to that material which constitutes knowledge, were antecedent to the task of learning, the knowledge they yielded was determined by their premisses for their creation. In the technology they harnessed, and in the aims they fulfilled, these instruments were restricted by the discourses which produced them. In reducing knowledge to the unambiguous, the logicians of Port Royal reduced knowledge to what their brains and their technology enabled them to master.

For the digital humanities, it is this category — the ways and means of learning — that carries within it a transformative potential for the constituent material of learning, but in a radically different way from that to which Vico directed his critique. In a scribal or a print environment, the constituent material of learning is often shaped and transformed by its means of transmission (see for example the work of Roger Chartier and Peter Stallybrass); that which is yielded instrumentally, will “speak” a language inherent in the design of the instrument. The critique Vico levelled at Cartesian method, that critics had placed “their fundamental truths before, outside, and above every bodily image of reality” illustrates an extreme case of how the instrument of logic could override the countenance of real life.  In other words, if the only instrument available to us is a hammer, by constraint of  circumstances, everything looks like a nail.

In our current digital environment, we are only beginning to see how the consituent material of learning is radically transformed by the ways and means in which it is transmitted. Rather than dealing with a reduction of knowledge, this time technology has allowed us to expand knowledge into a boundless domain, one whose complexity trumps theory and whose scale defies our individual and physiological capacity to grasp it. The digital humanities is currently grappling with this conundrum: by transforming what it means to know something, particularly in a boundless domain of culture, a discipline is emerging which attempts to come to terms with current interaction of millions of different pieces of human culture, past and present, digital and analog, while critically reflecting on the very nature of human knowledge itself.

David Weinberger has addressed this very problem in his book Too Big to Know.  Weinberger makes a pithy call for a “rethinking of knowledge now that the facts aren’t the facts, experts are everywhere, and the smartest person in the room is the room.” One wonders what Giambattista Vico would have made of such a room. . .